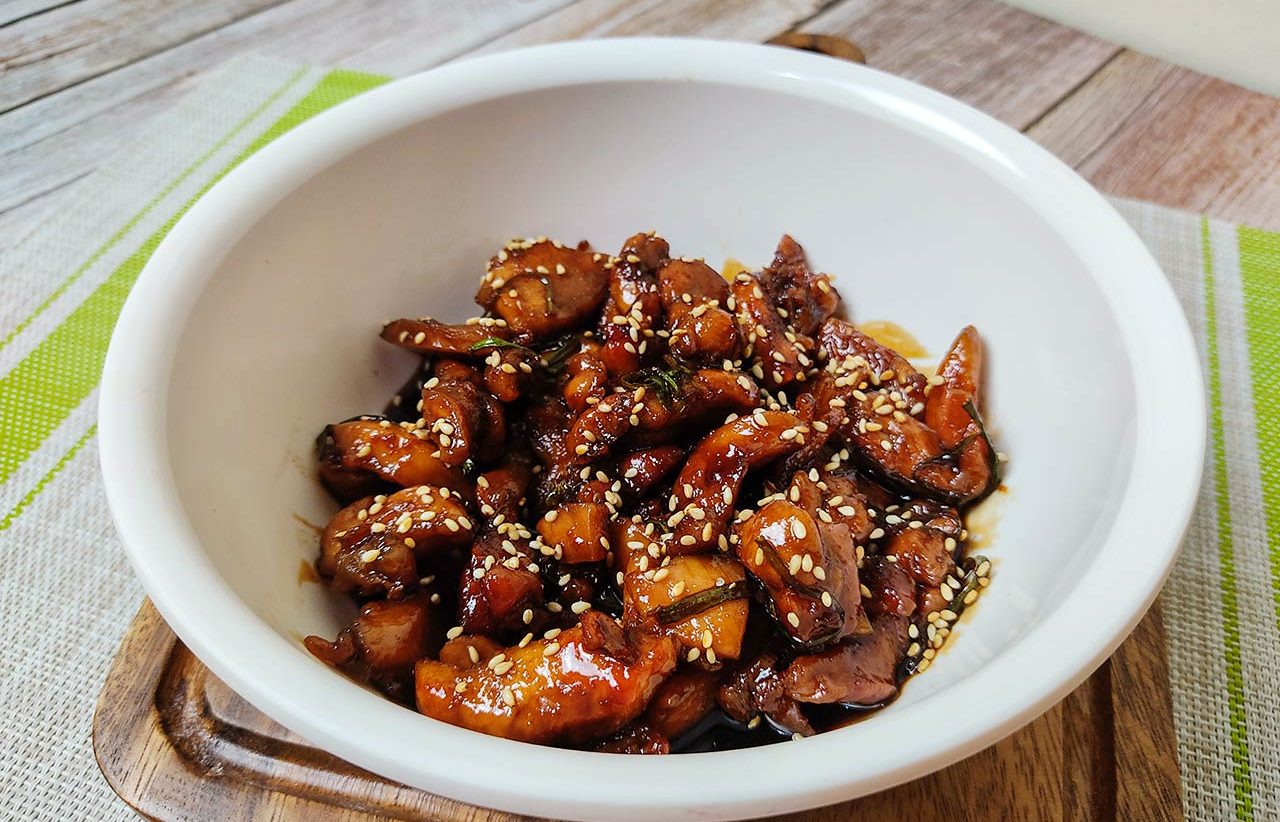 Teriyaki chicken is a sweet and sour chicken dish, originated from Japan, and can be made quickly and is made by Chicken thigh, soy sauce, leeks, honey and sesame seeds. There is nothing like quick to do recipe you can do at home without needing to step out from the comfort of our homes especially in times like to day, or lazy days when you just want to have a peace of mind and relax at home without needing to bother with the outside world. We’re sure you’ll love with chicken teriyaki that you might just make loads of them to reheat whenever, even more so when you’re that person who’s always on the go.

A short introduction on the Teriyaki sauce

Teriyaki sauce is closely associated in Japanese cooking. ‘Teriyaki ‘teri’ is derived from the noun used to describe a luster given by using sugar, and ‘yaki’ refers to method of grilling or broiling. This a technique and term used to call Japanese dishes that are grilles, or broiled with a glaze made of soy sauce, sugar and mirin. Mainly used with fishes like salmon, trout, mackerel, tuna, yellowtail, and marlin. Some, mostly the west even using it in red or white meats like lamb, pork, chicken, and beef. Other dishes that teriyaki sauce is used in are meatballs, hamburger steak, and squids. According to food historians, Japanese chefs made the Teriyaki dish in the 1700’s. the traditional way of cooking or rather making this sauce involves mixing and heating the soy sauce, sake or mirin, and sugar or honey, simmered till thick and mixed in with the meat, or used to brush over the meat while its being grilled or broiled. Some people add ginger into the sauce and garnish them with either sesame seeds or green onions.

What is Teriyaki Chicken?

Teriyaki chicken is basically stir fried chicken simmered in a beautifully flavored homemade soy based sauce. The sauce is usually composed of soy sauce, honey or sugar, garlic, some mirin and or sake.  Some adding more garlic, and some even adding oyster sauce to add a deeper savory taste. With so many variations of the Easy Teriyaki Chicken you might feel overwhelmed. We recommend this easy to find and make recipe as it only needs around 5 ingredients you can easily find at the grocery stores or you might already have them in stock at home. Just defrost or prepare the chicken ahead of time by cleaning these, keeping the skin or not, slicing them into bits. The reason why many prefer chicken thighs in this recipe is because its easy to cook and your sure not to cook it too long that it may dry up. Unlike chicken breasts that can easy get too dry, making it a bit hard to cook even as you take it off just as the color changes, thighs have a bit of fat in them that will keep it moist even if you overcook them. These are cut to nice bite sized chunks, you can also season them with salt and pepper on this stage to make sure it has a bit more depth of flavor. These are then seared on both sides on a pan, skin side down to use the thighs own oils to get more flavor and to use less oil, pour in the soy sauce and honey or brown sugar. Honey is healthier but the glaze can turn to watery compared to using sugar, which gives a thicker more glaze like sauce that can turn caramelized, once cooled. Add some leeks in the mix for color and a hint of onion like flavor top this over rice and garnish with some sesame seeds.

Your new favorite chicken dish recipe that takes less than 10 minutes to make!

After you try this take on the usual chicken meal you’ll be so happy you tried it! This easy peasy recipe s the perfect last minute or late night dinner dish or one to make when you are in the rush for lunch time. Just make sure to thaw out your chicken ahead of time and your ready to just stir-fry everything and in a few minutes you’ll be served with a nicely seasoned and flavored chicken dish. Make it with a dash of lemon or orange juice to add a little refreshing kick or top it up or add in some spice to make it a different dish but still yummy all the same.