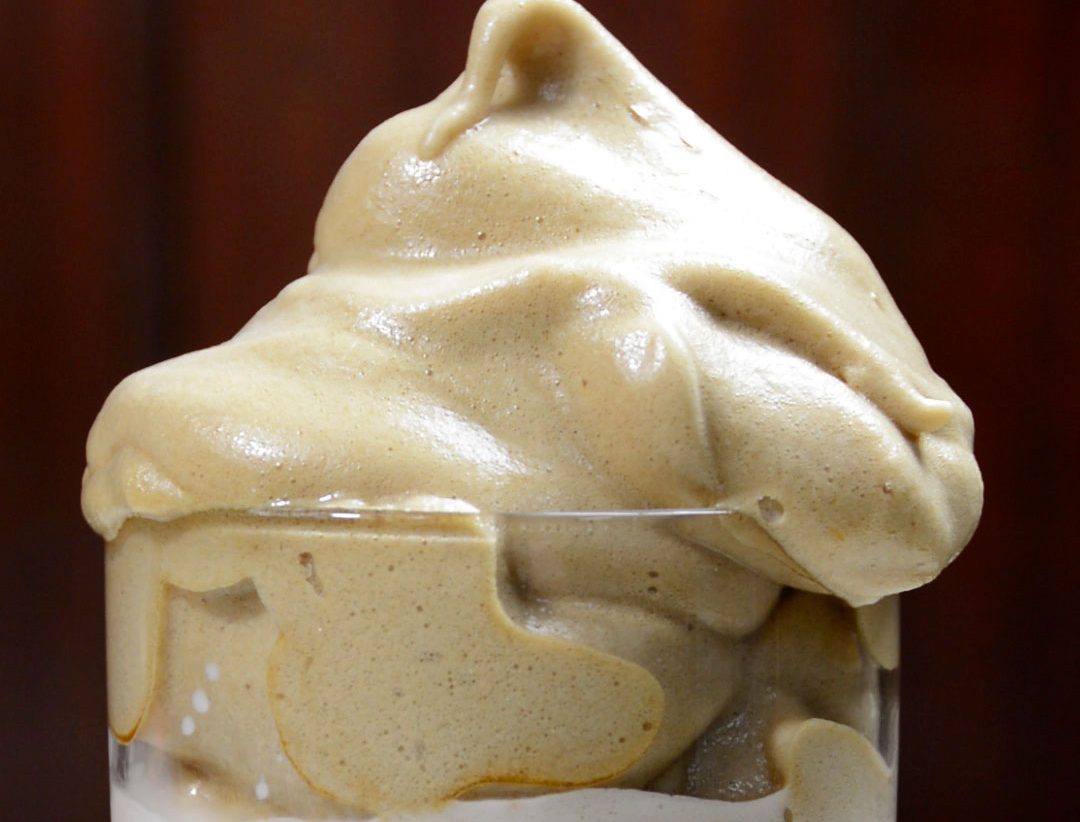 Have a sweet, happy, and chill afternoon with this refreshing Dalgona milk tea drink! This milk tea combo of Dalgona drink has less caffeine and whisking and is a great alternative to non coffee drinkers out there. While the Korean sugar candy like desserts may be making as much waves throughout the Internet than it has in the beginning of it’s ‘career’, there’s just nothing like a sweet drink to take a sip off especially in a hot summer’s day!

What made Dalgona so Popular?

While the Dalgona phase of making Tik Tok and challenges have slowly came to pass, there’s just something so satisfyingly sweet and fun to add this aesthetically pleasing foam of sugary goodness in your drinks.

Dalgona started as a trend in Tik Tok which then exploded and went to all other social media handles like instagram, YouTube, Facebook and more. The Hype of just using instant coffee, sugar, and water, whisked using a mixer or for some challenges being mixed by hand, which requires a good dose of power, endurance and patience to create a creamy, fluffy and almost foamy in texture, this sweet foamy sweetened coffee will then be placed over a tall glass filled with ice and milk, add more fluff if you’d like a caffeinated buzz to keep you awake through the day! While Dalgona had captivated the mainstream media in 2020 and a little bit in 2021the Dalgona coffee drink or ‘quarantine drink’ or ‘quarantine coffee’ was made into a viral trend in the lockdown because of the prominence of DIY or do it yourself coffee, and was possible ‘introduced’ to the masses by Jung II-woo a South Korean actor that appeared in a KBS2 show called ‘Star’s top Recipe at Fun-Staurant’ in 2020, he oreded a whipped coffee drink from an eatery in Macau that he likened the taste to ‘Dalgona’ a Korean honey tomb toffee. This idea kicked it off all over Korea and slowly crept it’s way to the Tiktok food trend began to explode with hash tags like #dalgonacoffeechallenge appearing everywhere. While the trend has begun to die down and only small remainders can still be seen of this trend, you can still easily find these sweet drinks at some cafes especially in Korea or on YouTube café channels. And while this is commonly seen as a Korean drink or method of making coffee, there are a lot of cultures like India and Pakistan who have made version fof the whipped cream long before called ‘phenti hui’ and Frappés in Greece.

While Dalgona has been commonly added into coffee and while this 2 ingredients together make a magical combination, this milk tea alternative can be a good alternative to people who don’t want a coffee rush, prefer a non dairy option, and or are more into a sugar rush you usually get from your normal milk tea, upgrade your milk tea experience by these two heavenly combinations f honey comb like tasting Dalgona and your usual sweet fan favorite milk tea.

What’s inside a Dalgona milk tea? Similar to different varieties of Dalgonas being made like milo dalgona, dalgona coffee, dalgona chocolate, or dalgona with matcha milk or matcha dalgona. The frothy whipped top usually made of coffee, sugar, and water is replaced with brewed black tea, sugar, whipped egg whites or all purpose cream, is all whisked together or chilled depending on the dairy option used, served in a tall glass filled to the brim with ice and your choice of dairy and decorated with a generous amount of milk tea whip. Which makes a great sweet fluffy pick me up for the afternoon or weekend chill sessions.

Try out this alternative to the usual coffee dalgona with less whisking!