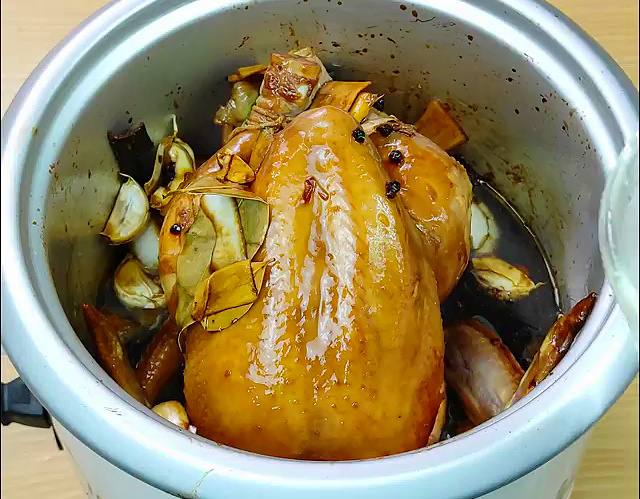 As the name suggests, a rice cooker cooks rice. It is a small equipment especially made to make cooking rice more convenient and easier. Even though we have our “finger measurement” when it comes to the liquid and rice ratio, the rice cooker provides a cup and measurement lines which makes everything much easier.

Another name for this special equipment is rice steamer. Most rice cookers come with mini steamers on top designed for steaming mantou, buns, dumplings, etc. They come in different sizes, from small to restaurant-type large, depending on how many cups of rice you want to cook.

This special equipment will be the highlight of this featured recipe. Aside from cooking rice, this blog will show you other ways on how to use a rice cooker efficiently.

As an Asian, it is a shame not to have a rice cooker in the home (although it is not really required). What I love about rice cooker is that it is automated. All rice cookers has a “cook rice” and “keep warm” options which totally does the job for you.

I have been using rice cooker ever since I started learning how to use it as a child. But it was during my college years when I started to explore other ways on how to use it. Since my dorm only allowed electric cookers, the dishes I can cook are very limited. My adventure with the rice cooker started when I tried frying some hotdogs in it. (It was a success!) The next thing I know I am preparing other fried dishes. And then, some stews. I can say that the rice cooker really helped me enjoy my meals during my dorm days.

And now that I am living in my own home with no restrictions on cookers, I have been cooking all my dishes using my stove. And the thing happened, my stove gas ran out at night. My eyes gleamed as I look onto my rice cooker, knowing that I will revive my college cookery during that time. I continued with my soy sauce chicken using the rice cooker, just like the old times.

You can do any recipe in a rice cooker if you just believe in it. If you wanna know how I made my soy sauce chicken in rice cooker, read and follow the steps below.

HOW TO COOK SOY SAUCE CHICKEN IN RICE COOKER

Making soy sauce chicken in a rice cooker is much simpler since the cooking is automated. You also don’t need to worry about the temperature since it is constant.

Start by preparing the chicken and stuff the the leeks in it. Don’t forget to tie the legs just so that the stuffing wont go out during the cooking process. For the marinade, simply combine the rest of the ingredients and pour it into a ziplock with the chicken. Allow the chicken to marinate first before cooking.

Turn your rice cooker on and lets start the fun. Start by searing the chicken on all sides just to crisp the skin out and to seal its juices. Then, pour the marinade and allow it to cook fully.

Cooking the whole chicken might take a while. The rice cooker is actually more efficient since heat comes in all sides of the interior pan. In case your rice cooker switches to the “keep warm” option, simply switch it back to “cook rice”. The marinade won’t cover the whole chicken so remember to flip them from time to time.

When cooking a whole chicken, it is best to use a kitchen thermometer, stick it up in a lean part of the chicken and check if the temperature indicates that the chicken was cooked through. If none, let us simply trust our gut feel. HAHAHA.

Chop the chicken and serve it with some hot steaming rice (also from another rice cooker HAHA) Enjoy!