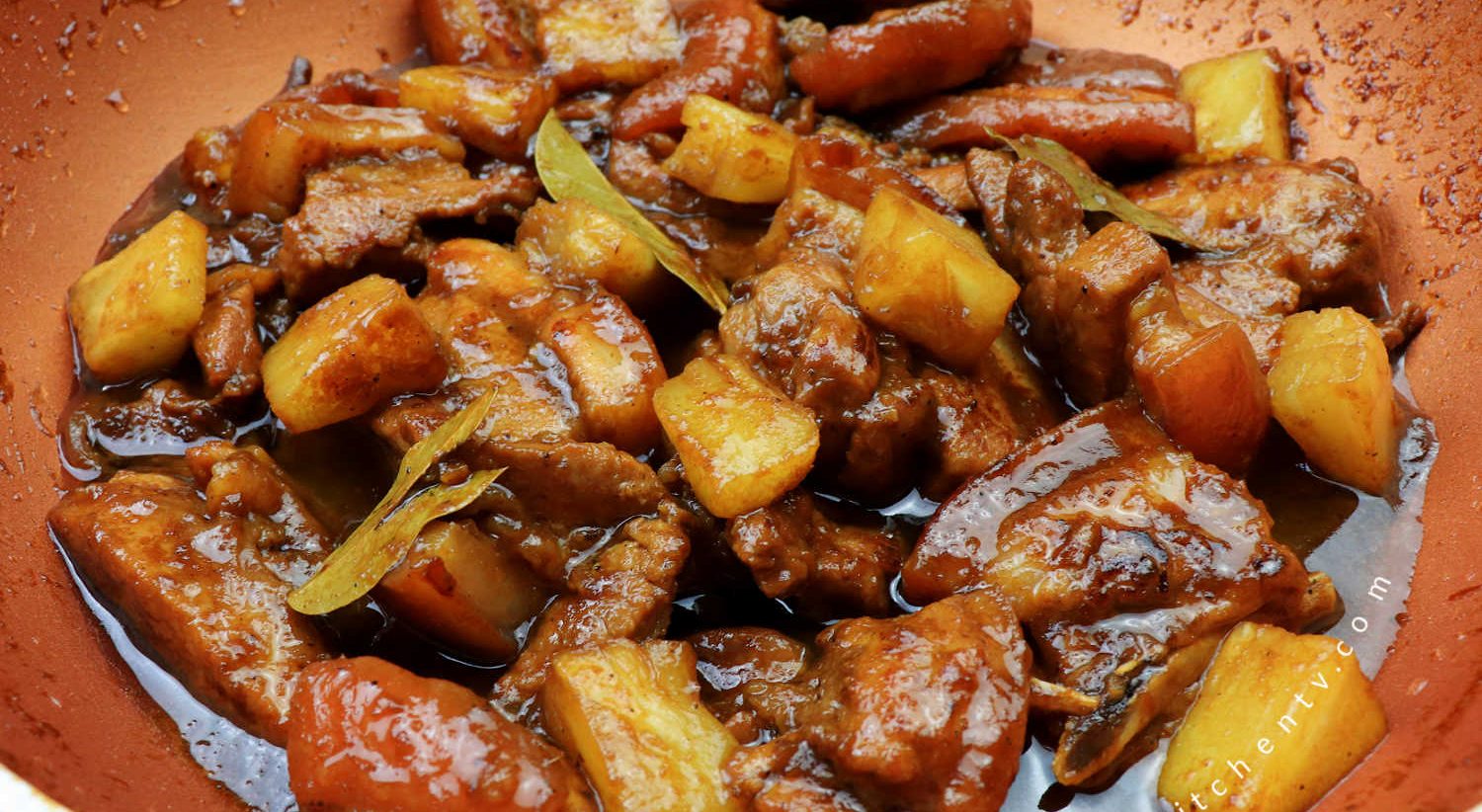 Pork Hamonada is made with pork belly, pineapple juice, pineapple chunks, onion, garlic, soy sauce, bay leave, pepper, sugar and salt. Hamonado is a Spanish term which means “to be prepared like ham”. Unlike the Christmas ham, the Filipino hamonado dish is different from the slab of ham commonly served during Christmas. Best eaten with a bowl of hot steaming rice!

Most of the store-bought smoked ham comes with a small pack of pineapple sauce. Meanwhile, a hamonado dish was known to be a general term for any meat which is marinated and braised with pineapple and soy sauce. Both dishes are wonderful Christmas dishes but the hamonado will be explored in this blog.

Ham is one my niece’s favorite food. She always has a stock of the sliced processed ham in our fridge. The ham slices being process and a high sodium content, I decided to make some pork hamonado for her. I know ham and the hamonado dish aint the same, but I believe she’ll have a fun experience with the pork hamonado which I will be cooking at home for the first time.

It’s also a good time of making pork hamonado since I have some fresh pineapples lying in my kitchen. This is the best way to enjoy imitate our favorite ham in a fresh, light an unprocessed way.  If you would want to prepare a dish similar to this, try making pork hamonado today!

HOW TO MAKE PORK HAMONADO

Pork hamonado is a one-pan dish and is very easy to make. There are a lot of pork cuts you can choose from but I highly suggest getting some pork belly. This pork cut has a nice ratio of fat and lean meat for the ultimate melt-in-your mouth experience!

Marinate your pork in pineapple juice and soy sauce mixture. These two ingredients are the defining taste in a pork hamonado. Simply sweet and umami. If you would like to eat some pork hamonado for breakfast, I suggest marinating the pork at night and then cook them in the morning.

Separate the pork from the marinade. Sear the pork pieces to seal the juices inside the meat. This helps intensify the flavor of our pork hamonado. Saute the seared meat with the aromatics. Use the marinade as the sauce base. Add the seasonings and simmer until tender. Add some pineapple chunks for fresh fruity bites!

This PORK HAMONADO recipe will guide you step by step to make most awesome pork hamonado for your family and guests. enjoy the day