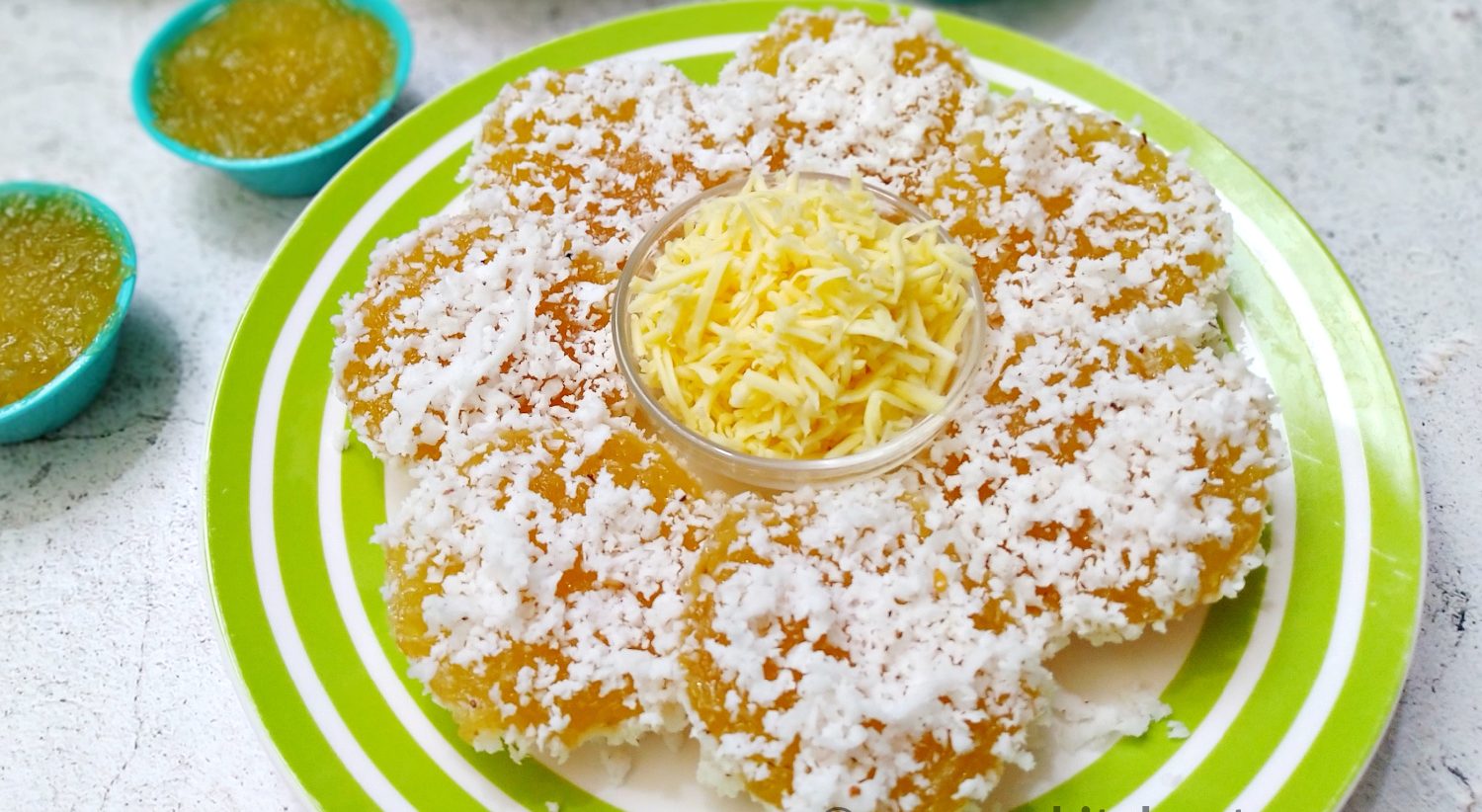 By YUMMYKITCHENPosted on October 7, 2020June 1, 2021
Jump to RecipePrint Recipe

Pichi pichi is a yummy steamed Filipino snack made of cassava and flavored with pandan and grated coconut. They are usually sold by street vendors and best for merienda. Today, I’m gonna show you how to cook pichi pichi. In this recipe, I used fresh cassava and grated it.

Cooking pichi-pichi is pretty easy and simple. All you need to do is to combine all the ingredients, put them in molders and steam. After steaming, coat it with desired coating but usually, shredded coconut is used. Grated cheese can also be a good alternative if coconut is not available.

If you are using fresh cassava root, start the cooking by peeling the cassava. Wash it until spotless. Then, time to grate. There are different varieties of cassava. Some may be have a lot of juice on it so you need to squeeze some of it after grating. That’s when you can add the rest of the ingredients.

But if fresh cassava is not available, you can go for frozen grated cassava. They are usually available in Asian stores or supermarket (in the frozen section). You just need to thaw it before using. If the grated cassava has too much liquid on it, just press to remove the excess.