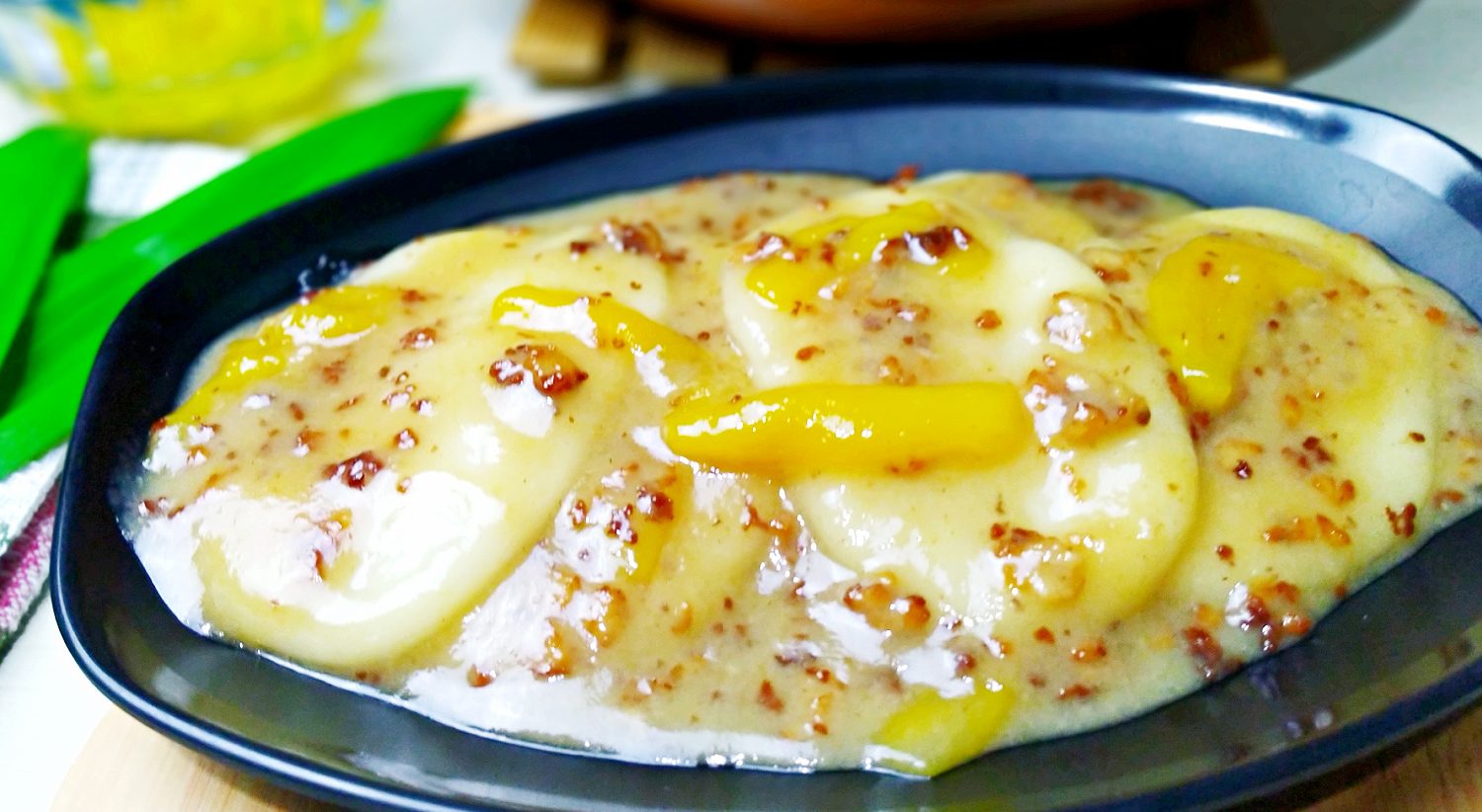 Palitaw sa Latik is made by adding cooked Palitaw (boiled glutinous rice cake) in to a sauce made by boiling coconut milk, brown sugar, ripe jack fruit, pandan leaves and pinch of salt. It has made more scrumptious by adding latik or caramelised coconut cream to the mixture. Palitaw is a boiled rice cake made by inserting the glutinous rice cake in the boiling water and wait until it floats. Specialty with this version of palitaw is that you can enjoy this yummy treat together with sweetened coconut milk and jack fruit.

In some regions, they call Palitaw sa latik in different names. Some call it kalamay sa latik, Inday-inday or unday-unday. What makes it different from the traditional version of palitaw is that instead of coating the cooked palitaw in shredded coconut, it is further cooked with coconut cream curdles. Here’s the recipe for Palitaw sa latik:

1. How to cook the Palitaw. Combine glutinous rice flour and water. Mix and knead until becomes smooth, pliable dough. Scoop a spoonful, roll into ball and flatten. In a boiling water, drop the flattened dough and wait until it floats (meaning it’s cooked). Remove from water, drain and set aside while making the latik sauce.

2. How to make latik. In a sauce pan, put the coconut cream and cook in medium low heat until it curdles and becomes brown. The oil will come out. Strain to separate the latik from the oil then set aside.

3. Make the SAUCE. In a separate pan, combine coconut milk, salt and sugar. Turn on heat and let it boil. Once boiling, add the cooked palitaw, latik, jackfruit and pandan leaves. Let it boil and cook until the sauce becomes thick. Serve.