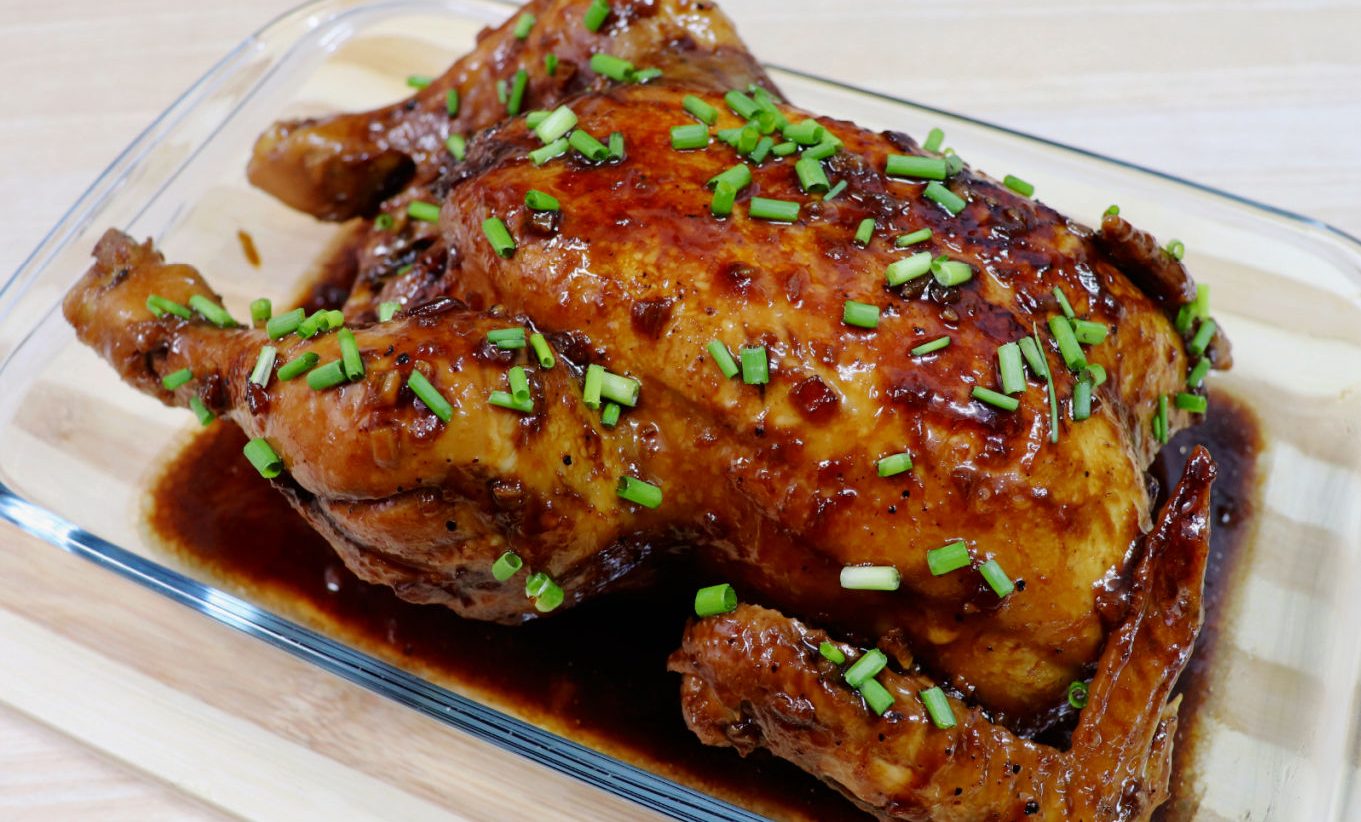 It always feel so fancy serving a whole chicken for the whole family. This recipe will show you how to make a quick and hassle-free pan-seared chicken made special with the magic of lemon soda. The sweetness and saltiness of this chicken will be a great partner of a bowl of nice and hot rice!

CHICKEN IN SPRITE AND OYSTER SAUCE

You won’t be needing any special equipment to make this best-tasting pan-seared chicken. All you need is a pan, some arm work, and a lot of love and dedication. Try this recipe if you want to spend quite some time working in the kitchen. This chicken dish may take you over an hour before you can devour on the fruit of your hard work.

For people without oven, turbo broilers and air fryers available, you can still make a restaurant-style chicken on the comfort of your homes. For sure, you have heard of alternative ways of “baking” the chicken using a pan. We will use that technique in making this chicken dish.

HOW TO COOK CHICKEN IN SPRITE AND OYSTER SAUCE

You start by preparing the chicken. Just rub the salt and pepper and then put the chicken stuffing. Heat some oil in a pan and gently sear the chicken. This will let the natural flavors of the chicken to come out. So easy, right? Prepare yourself as the next part will require you some time of flipping and basting.

The secret of this mouth-watering dish is in its special sauce. There will be a lot of excess oil from the searing of the chicken so make sure to remove some of the oil before proceeding to the next step. First, you need to saute the onions and garlic. You’ll know it’s a savoury dish when the smell of fried garlic lingers around your house. Add the soy sauce and oyster sauce and stir the ingredients. Place the seared chicken back to the pan. This is the time when we add the magic ingredient—the lemon soda. There are a lot of lemon soda available in the market but in this recipe, I used Sprite (not sponsored!).

Pour the lemon soda until ¼ of the chicken is covered. Stir the sauce so that the oyster and soy sauce will mix with the soda. Baste some of the sauce to all parts of the chicken. You do not need to add water since the soda already has water in it. The next few steps will be the simmering, chicken flipping and basting. I can imagine how flavorful the chicken will be!

When cooking whole chicken, always check the temperature to make sure that it is cooked thoroughly. Use a kitchen thermometer and poke a lean part of the chicken without touching the bones. If the temperature ranges from 75-80C or 165-175F, then it is fully cooked. If you prefer dry chicken, simmer until the sauce dries up completely. For me, I like it saucy! Transfer the chicken into a serving dish and partner it with hot rice and you will surely make this recipe over and over again! Yum!

Chicken In Sprite and Oyster Sauce

Chicken in Sprite and Oyster Sauce

Watch how to Cook Chicken in Sprite and Oyster Sauce