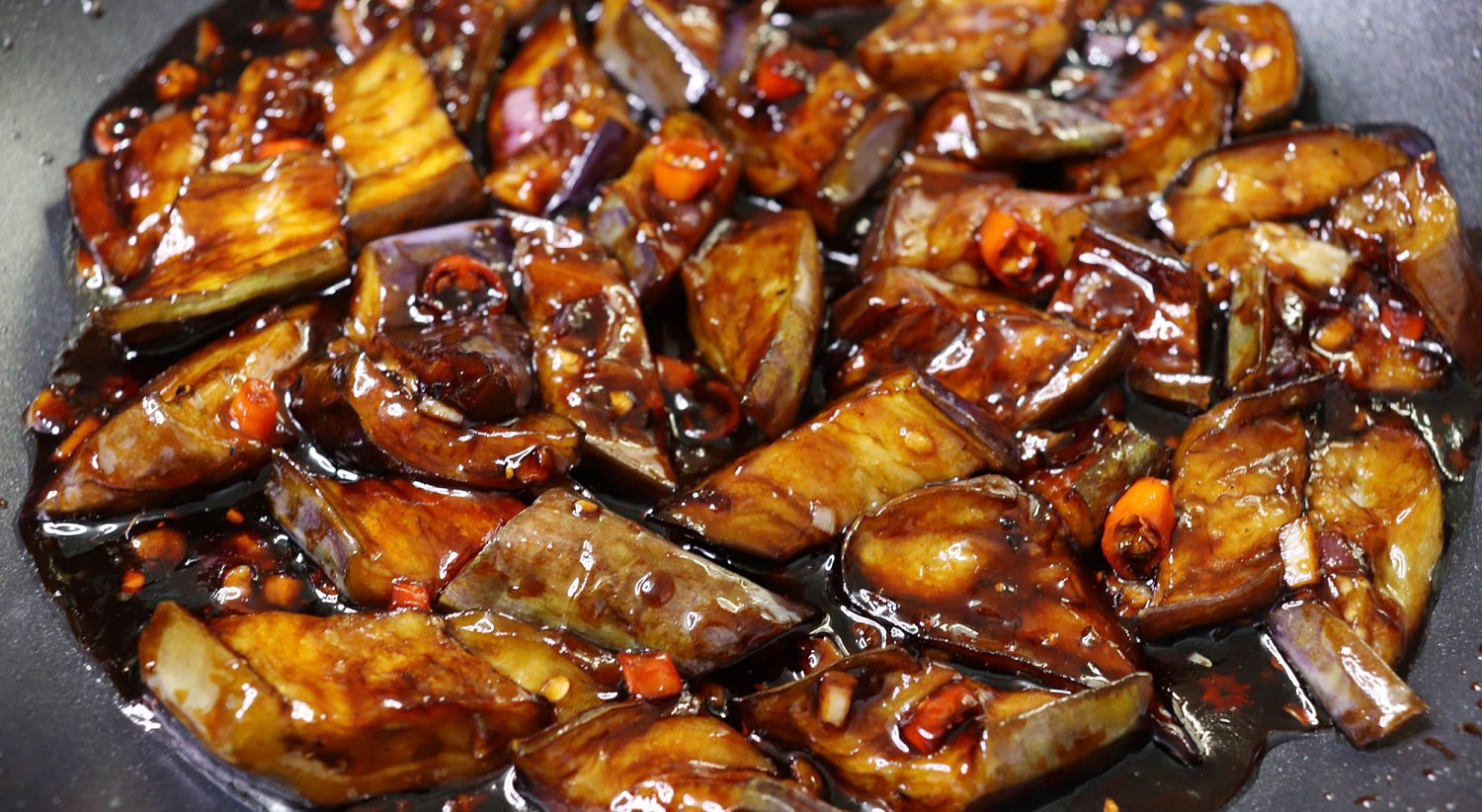 Sweet Spicy Eggplant is a Filipino eggplant dish made with eggplant, onion, garlic, soy sauce, oyster sauce, sugar, banana ketchup, pepper, Siling labuyo and oil for frying. This simple and delicious fried eggplant pieces coated with sweet and oozing spicy sauce that you can’t resist! You can serve it with rice or use as a side dish.

Sweet and spicy is one of the most famous chicken and fish flavors. But what would it taste like if we use eggplant instead of those? The sweet and spicy sauce is generally one of the crowd’s favorite which you can use to almost any food you can imagine. Sweet and spicy eggplant is a Chinese-inspired dish made with eggplant and a special sauce. The eggplant is a bit bland, which makes it a good partner for sauces. You can use this dish to your kids especially if they do not eat vegetables too much. They will surely love this! This dish is relatively healthier as it uses eggplant with a lower calorie content instead of the meat sources. You can add this to your low-carb meal plans. Try this sweet and spicy eggplant recipe to find out!

HOW TO COOK SWEET AND SPICY EGGPLANT

Cooking this sweet and spicy dish is as simple as it looks like. The two main parts of this recipe which we will be working out is the eggplant and the sauce. Start with preparing the eggplant. You can use either the white or violet variant of the eggplant but the violet one was recommended. Cut the stalks and remove wilted parts of the eggplant. Then, cut it into small pieces, enough for one bite. After you cut, soak them directly in water while you cut the other pieces to prevent it from darkening. The next step is to fry the eggplant until both sides are cooked. Do not overcook the eggplant since it will be super soft and soggy. Drain the excess oil using a strainer.

For the sauce, you are basically gonna saute the onion and garlic and then add the remaining ingredients until all the flavors mix together. This gets more excited when you add the siling labuyo. Always taste the sauce so you can adjust the spicyness level. Add the fried eggplant into the pan and coat them with the sauce. Serve this dish with some hot rice and your kids would definitely love it!