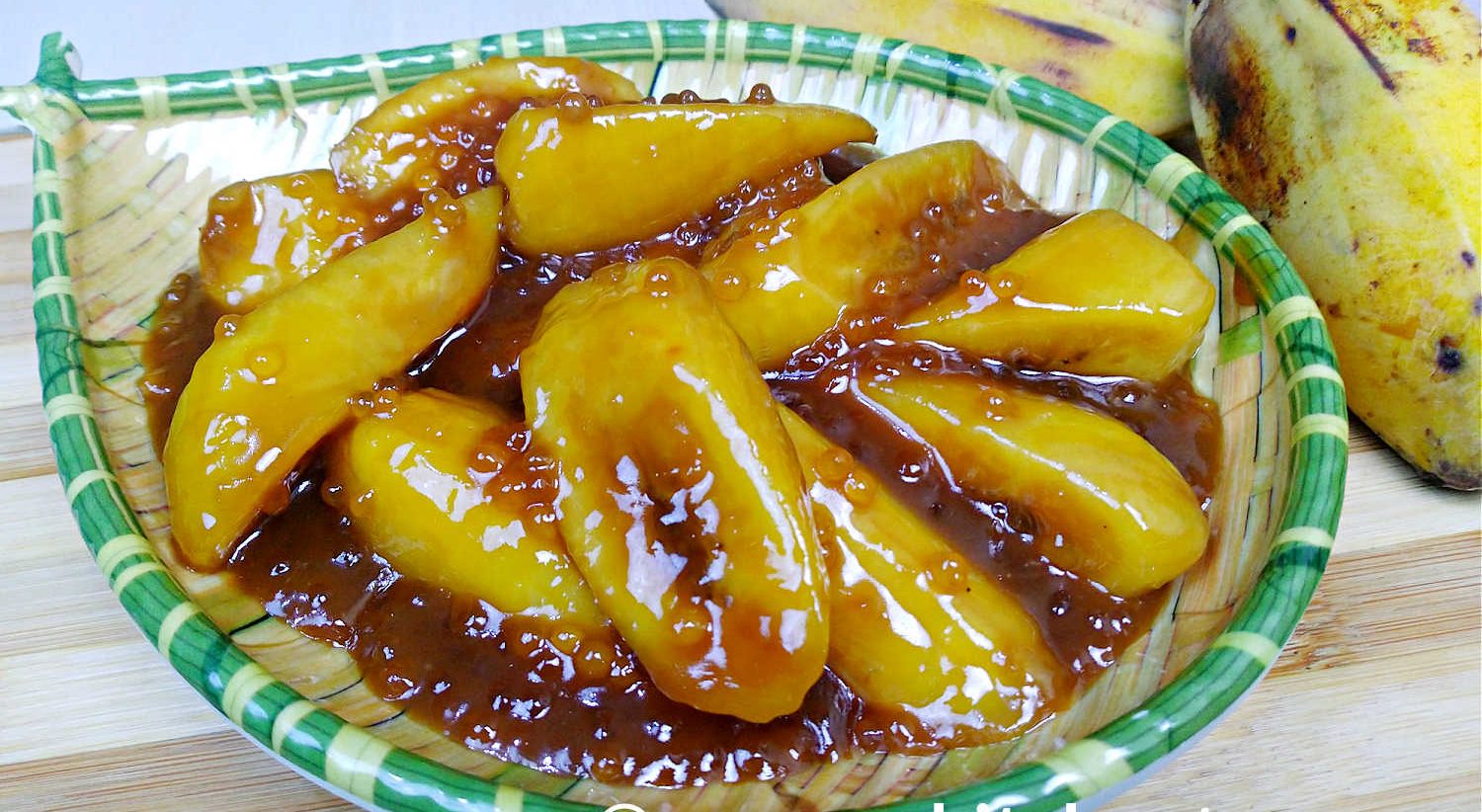 Saging with latik a rich creamy Filipino Sweet Dessert made with coconut milk and plantain bananas.

Originally, this recipe was made from a Caramelized Plantain or generally known in the Philippines as “Minatamis na Saging”. It is a popular Filipino dessert or snacks that usually translates as sweetened bananas. It is simple to prepare using plantain bananas or locally known as “saba.”

To add some twist, instead of using plain water to caramelize sugar, Saging with Latik uses coconut milk to add an extra rich creamy taste to this sweet dessert. Latik is usually made from the first squeezing of freshly ground, ripe coconut. Typically used as a topping for many Filipino desserts.

But today, we can buy canned coconut milk from our favorite stores. There are two separate dishes in the making of Latik: either coconut curds produced by heating coconut milk to separate the oil, and sweet coconut syrup produced by reducing the combination of coconut cream and sugar, which I am going to use for this recipe.

It is made from simple and very affordable ingredients, Saba (Plantain), Coconut Milk and Brown Sugar. Adding a sago to this recipe will give you more flavor. I prefer to use freshly squeezed coconut milk rather than canned milk for the best latik result.

In Filipino Cuisine, Latik has two different coconut ingredients. The region of Hiligaynon (Visayan) refers to it as a syrupy caramelized coconut cream used as dessert sauce. Visayan Latik’s simply means “syrup.” It can refer to any form of thick sweetened liquid, including jams. It is commonly used in the same way as syrup, in dishes such as “kalamay,” a sticky sweet Filipino delicacy and “suman,” a rice cake made from glutinous rice cooked in coconut milk, often wrapped in banana leaves.

On the other hand, Northern Philippines or Tagalog Latik refers to the strong by-products of coconut oil production that are used for garnishing a variety of desserts. Latik in Luzon is made from coconut milk simmered in a saucepan until it is reduced to coconut oil and solids (coconut curds) begin to form on the top surface.

These solids are left to be used in coconut oil until golden brown. It is widely used as a topping for a number of Filipino dishes, including “maja blanca”, a dessert made primarily from coconut milk, “sapin-sapin”, a layered glutinous rice and coconut Filipino dessert, and “ube halaya” made from boiled and purplish yam. It is often mistaken for fried caramelized coconut meat, or usually referred to as “bukayo“.