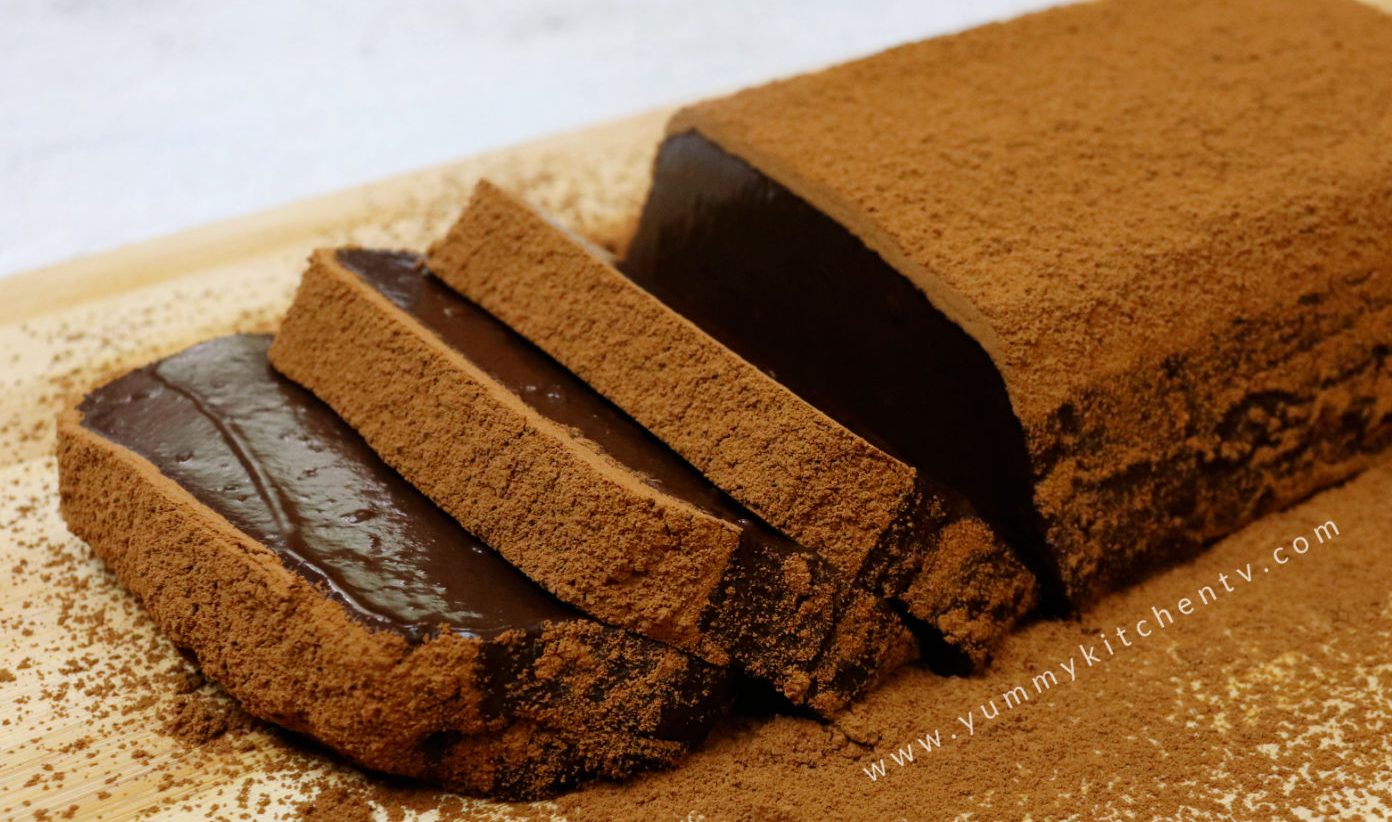 Satisfy your intense chocolate cravings with the chocolate pudding recipe! This soft and delectable dessert will surely bring you to heaven in every bite. It is super sweet so beware for the diabetics! Dust with more chocolate as you serve it on your plate for maximum chocolatey overload!

Having intense chocolate cravings really bothers me and I really need to have my chocolate fix. As I saw a recipe video of the chocolate pudding on facebook, I literally drooled. I sat down a bit and though that making this cake might be expensive since the chocholate pudding cake look so bongga. I listed the ingredients and ran over my pantry to check. The ingredients are really simple and it is surprising how it can result to this delectable dessert.

A chocolate pudding is a sweet custard dessert which is thick and super sweet. Its texture may be described between jelly and mousse. Different thickeners may be used to make the pudding. Eggs, starch and gelatin are the most common. In this recipe, gelatin will be used. The gelatin is super strong as a thickening agent so only a few powder is needed for a tub of chocolate pudding.

Making the chocolate pudding is super easy compared to what you expected. But I highly suggest to obtain the best chocolate you can for an overloaded chocolatey goodness! To know how to make a chocolate pudding, simply follow the easy steps below.

HOW TO MAKE CHOCOLATE PUDDING CAKE

If you look at the glamorous and instagrammable pictures of the chocolate pudding cake, you might probably think that this cake uses a bunch of expensive ingredients. You will be surprised that it uses very simple ingredients which are more likely available in your pantry.

In this recipe, I used a dark chocolate bar which I chopped into tiny pieces. The chocolate will be melted for later so alternatively, you can use dark chocolate chips to save time. To make the pudding mixture, simply combine all other ingredients into a large bowl. To prevent lumps, strain the mixture before putting them in a pot. The next thing to do is cook the mixture until it thickens.

Remove the pot from the heat and add the chocolate. It will melt from the remaining heat of the mixture. Pour the pudding mixture into a container or mold. Make sure to line it with parchment paper for easy removal for later. Let it cool and chill overnight. The firmness we are looking for is similar to a firm gelatin. Flip the pudding into a serving plate. Dust it with a lot of cocoa powder. The chocolate pudding cake is now ready to serve.

Even with other cakes, some people are having a hard time of having a clean cut. A hack would be heating the cutting edge of the knife before slicing. Also, wipe the knife off before heating again and cutting another slice. And voila! Clean cut. Enjoy your chocolate pudding cake!