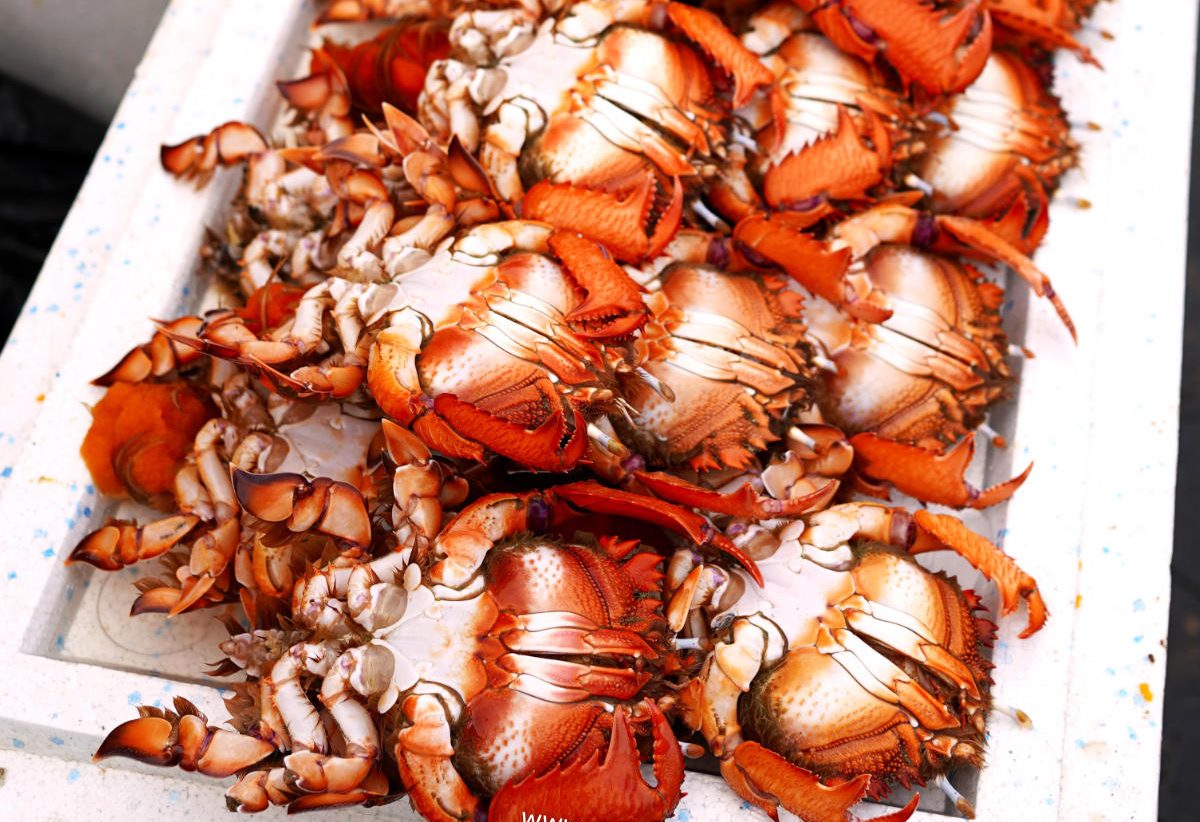 The Curacha Crab in Chavacano, or ‘red frog crab’ or ‘spanner crab’ in English is a common shellfish found in the waters of Sulu. Being a cross between a big spiny lobster and a large sea crab with a rich vibrant red color, its meat mostly comes from the belly rather than the usual fat crab claws. If you do get to try visiting Zamboanga City, one place that is a must try for many tourists is the ‘Alavar Seafood restaurant’ serving a good amount of steamed or boiled crab. Covered in its special super savory Alavar sauce, all placed in a platter decorated with banana leaves.

In Filipino, Curacha might be misplaced with the Philippine folk dance, ‘Kurasta’, a courtship and flirtation dance with a partner. But the word we’re looking at is ‘Curacha’ a local Chavacano term ‘cockroach’. Derived from the Spanish ‘Cucaracha’.  Curacha in parts of Mindanao is also known as ‘Kagang pamah’ in Tausug, and ‘Ipis dagat’ literally translates into ‘sea cockroach’ in Bataeño Tagalog. In English it translates to ‘Spanner Crab’ or ‘Red Frog Crab’.

Found only in the deep waters of Jolo, Philippines. Being a hybrid of a large sea crab and a big spiny lobster, having a vibrant red color with white spots and stays the same even after it’s cooked, and compared to most crabs where the bigger chunk of the meat is in its claws, the meat in this Filipino crab is found on its body, with another distinctive factor, that it walks forward and backward compared to other crabs that walks sideways. While most can find them in Philippine waters, there are also sightings along the east coast of Queensland and northern New South Wales, Australia, the eastern coast of Africa, Hawaii, Japan, and Vietnam.

The Southern city of the Philippines, Zamboanga has a lot of culinary flare, one being the popular fleshy red cockroach, Curacha, even fellow Filipinoes know that if you come to the area it’s a must try, with many fellow tourists and locals suggesting it as a signature dish to have especially from the well-known Alavar Seafood Restaurant, where the name or origin of the Alavar sauce came from. It started as a small food stall in the 1970’s, transforming into a full grown established restaurant by the couple Mrs. Teresa Alavar and Mr. Miguel Alavar. Here you’ll be served a platter of crab, topped with a deliciously flavorful sauce made of coconut milk, aromatics like garlic, ginger, chilies, and other hidden spices.

Beloved by many Filipinos and is one of the popularly eaten delicacies in Zamboanga. You can find them usually steamed or boiled to keep its natural flavor preserved, then poured with the popular Alavar sauce, or any type of sauce, sometimes mixing it in Sotanghon noodles as the last step. There are even popular curacha recipe videos on how to steam, bake and boil this crab, but the ‘how to cook curacha with Alavar sauce’ might be the most searched, for those who miss the taste and are out of the country or even just those who can’t really find Alavar sauce out of Mindanao. It’s quite a delicate and irresistibly interesting dish to have.

Curacha seafood has some health benefits similar to your usual crustaceans. Being a good and yummy source of nutrients, why not give it a try?

*It should be noted that those with seafood allergies should eat with caution.

The short Curacha description; being the only species in its genus, this delightfully salty, sweet, and tender dish that is popularly caught around Zamboanga’s white and pink beaches. A highly prized seafood that can cost you around Php400 per kilo( as of this date of writing), but is still considered a must try when you get to travel around Zamboanga!