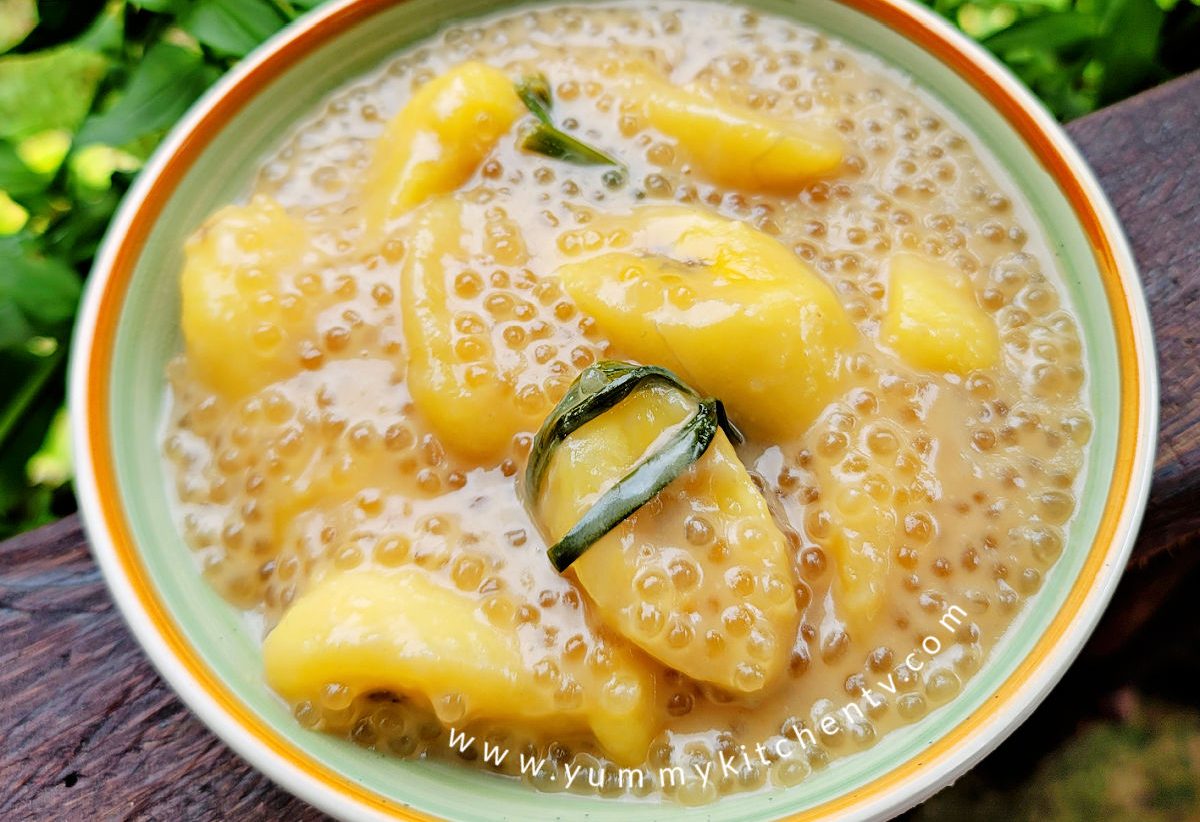 Minatamis na saging is my go-to dessert whenever I got some saba banana on hand. I really enjoy making this dessert as this gives me memories of me and my lolo gathering these saba banana in the bukid and shredding the coconut on our own.

This simple dessert is super easy to make and fun to eat! Truly addicting! We make large batches of this in a big talyasi after our harvest for our large family to share.

If you want to know how to make some, follow and read the recipe below!

HOW TO KAYOD THE COCONUT

Learning how to make coconut milk and cream in the home is a useful knowledge especially when you have to deal with a lot of coconut recipes. Since the featured dish in this article makes use of both the coconut cream and milk, it is better to prepare them both at home. This will be a lot of armwork, so exercise your biceps and triceps beforehand.

If you’re a fan of creamy ginataan dishes, it is essential to have your own kayuran/kayudan/kudkuran ng niyog at home. The traditional kudkuran is usually a large wood where a metal steel with sharp edges is attached. In the market where a lot of niyog are shredded, there are machines with spinning sharp edges to make the shredding easier and faster.

At the start of the recipe video, I showed some clips of me preparing the coconut cream and milk.

First, you remove the coconut husk using a gulok. Just strike them for a few times and then pull the husk. The coconut shell will be revealed.

Crack the coconut shell into two by striking using the gulok. Make sure to have a container lying underneath to catch fresh coconut water. You can cool this later for a wonderful drink.

Next, sit on the wood on the kayuran and pass the coconut meat into the sharp edges, the shred it. Do this a lot of times until you reach the coconut shell.

The coconut cream is much thicker, fatter and creamier than the coconut milk but both are best used in creamy coconut dishes.

HOW TO COOK MINATAMIS NA SAGING

Making kayod the coconut would only be the tough part in making this dish but the next steps would be a piece of cake.

I used 1 big niyog for this recipe. If you want a hassle-free cooking, you can opt to just used canned coconut milk which are ready to use.

Let’s start by cooking the tapioca pearls. Simply boil them in water until translucent. Rinse them and then soak in cold water until use to prevent them from sticking. If you are able to buy the already cooked sago from the market, simply omit steps 1 and 2 from the recipe and proceed with the next steps.

Grab the saba banana which are in the middle of ripe and unripe. These are the best ones to use since they do not become mushy at the end of the cooking process. I tried using ripe bananas before and by the time they’re cooked, it seemed like they melted into the sauce.

Heat a pan and pour the coconut milk (or water). Add the pandan leaves and brown sugar. I tied my pandan leaves so it will be easier to remove later before serving. Pandan is optional but it greatly adds aroma to this dessert. As a substitute, you can also buy pandan flavoring and simply add a few drops in the sauce.

Add the bananas and let it absorb the sauce. Remember to lower the heat before adding the coconut cream to prevent it from burning. We don’t want a smokey taste on our dessert!

When the coconut sauce is already thick, the last step would be adding the tapioca pearls we cooked earlier. When everything came together, the minatamis na saging with sago is not ready to be served.

This dessert is usually enjoyed hot or warm, but I also like it cold. Warm minatamis na saging with sago is automatically made into a cooler. Just put the minatamis at the bottom of a glass, add some crushed ice, and pour some coconut sauce. Enjoy this treat like a halo-halo.