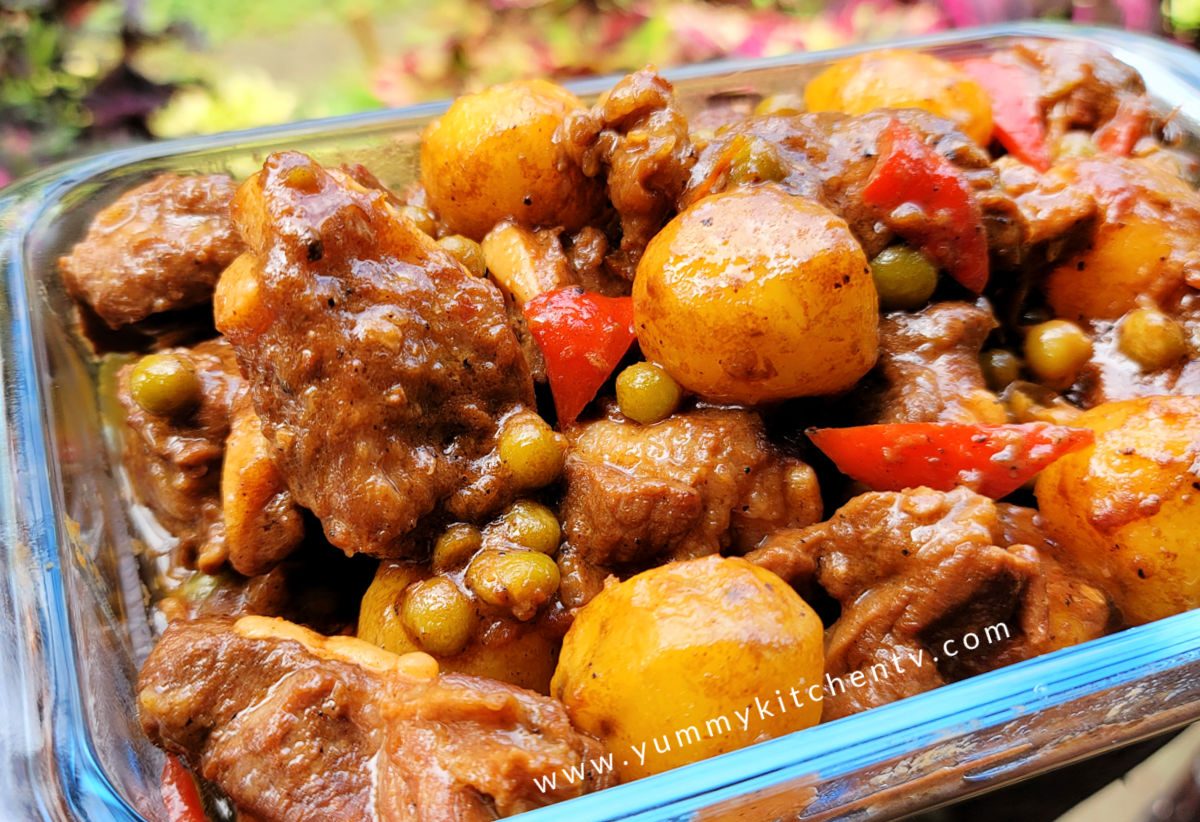 Sinantomas is originated from the province of Quezon, Philippines and is a another version of our favourite caldereta. The main ingredients are pork spar rib and potato, tomato, onion, pineapple juice. additionally Soy sauce, black pepper, cheese and fish sauce is added for seasoning and taste. This yummy kitchen Sinantomas recipe will give you a mouth watering Sinantomas. Enjoy