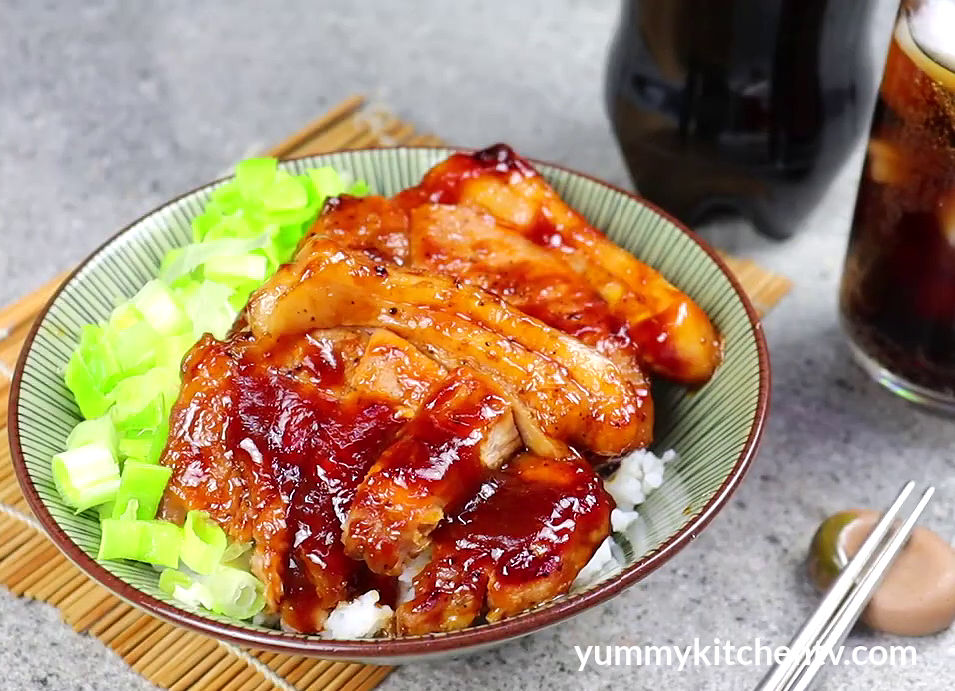 Coca Cola Porkchop is made by simmering pre-fried pork chops in a sauce made with coco-cola, sugar, ketchup, pepper, salt and oil. This mouth-watering dish is made up of tender pork meat coated and flavoured with the caramel goodness from the coca-cola. Serve this Coca Cola Porkchop with a bowl of hot rice and let the meat melt in your mouth! Caution: It’s normal to crave for more!

A variety of meat sauces are competing which one is the best to use. There are the sauces which are used to flavour and coat the meat. Usually, the sweet sauces are the most favoured ones. Sugar and honey are the commonly used sweeteners to make a savoury sauce. People rarely used this secret ingredient but we are here to reveal it to you. It’s Coca-cola. You are right! It’s the soft drink you drink on a sunny day. If you haven’t been using cola in any of your dishes, then you’re missing a lot! The caramel in the cola will give your dish a unique type of sweetness that will surely linger in your mouth.Cola park belly is a rendition of delicious ingredient’s of pork. Grilled coca cola pork chop recipe will always turn out amazing.

HOW TO COOK COCA-COLA PORKCHOP

Aside from just frying our pork chops, we are gonna add some magic by adding an extraordinary sauce to it. We prepare the sauce first so we can add directly to the pork chops once it’s done. Prepare the sauce by mixing the cola, brown sugar and ketchup. Yes—we are using a soft drink! Set the sauce aside. Fry the pork chops just the way you usually fry it. Just remember to rub it with salt and pepper to release its natural pork flavour. Also, poke the meat so that oil can enter the insides and cook it. Do this especially when you are using thick cuts of pork.

After frying all the pork chops, bring back everything into the pan and add the sauce that we made. Make sure to coat every meat with the sauce. Aside from the caramel flavour from the cola that sips into the pork chops, the high acidity of the cola makes it a great meat tenderizer. Not only you will have tasty meat, but you will also have tender meat! That’s two birds in one shot!

You’ll know that the sauce had sipped in when it has been reduced so much that the thick sauce now coats the meat. This dish serves great with a bowl of hot steaming rice. Serve this to your family and they will be amazed for sure! Effects of coke on meat is a tenderizer dish by adding a flavourful supporting cast.