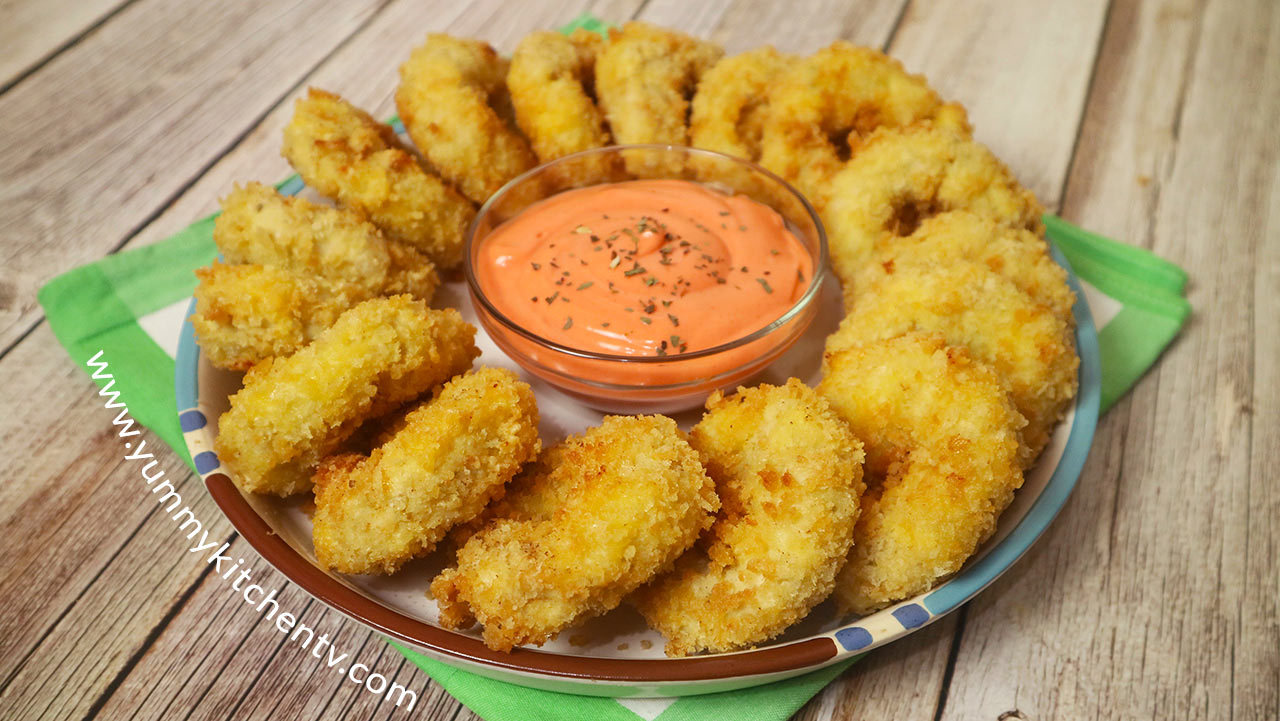 Sweet donuts are nice but when you don’t really have a sweet tooth and you’re suddenly craving for something salty, savory, and meaty? Then this chicken-licious dish might be for you! Make your simple chicken dish even more fun and flavorful that even kids will be delighted to eat, you can even sneak in some vegetables to add some healthy bits for your veggie hating tots. Try this out Chicken Donut recipe for your next family dinner, as an afternoon snack, office potluck, or holiday gathering with a side of this simple sauce and get ready to hear some compliments.

Fried foods are delicious, and fried chicken is one of the most notable fried foods out there. From different versions made to suit your version of fried food like deep fried, breaded with crumbs, or plain flour, to flavorings and sauces added, and much more variations like nuggets, lollipops and many more in the list. Why do we love fried chicken? the crispy ness might be one of the reasons we enjoy fried food, the sound of each crunch help our multisensory experience and help us accentuate the texture, quality and flavor. It also makes it seem like the sound correlates to how good the dish may be. The experience of eating fried chicken is the combination of aroma from the chicken seasoned well and deep-frying just awakens and boosts all those flavors.

What exactly is a Chicken donut?

The idea is creating a mixture by combining boiled skinless potatoes to keep the chicken moist when fried; these are cut to pieces to make them easier to blend. The chicken, which is our main ingredient, is marinated with an egg, which tenderizes and also helps keep the moisture of the chicken intact when it’s fried. Both the chicken and the potatoes are then added in a grinder or blender with the following ingredients, aromatics like, garlic, onions, seasonings like salt and pepper, and even oregano for extra flavor. After they look smooth or as smooth or chunky as you like, place the mixture in a plastic bag with one side cut off to form a piping bag. It’s then used to form a circle on a plate greased with oil to make it easier to take the donuts off after its hardened. Or formed by shaping a ball yourself with your hands and using a finger or a teaspoon to form a circle to take out and make a donut hole. Once the donuts are formed, they’re frozen to make it easier to handle and keep their shape when it’s dipped in batter. After it’s hardened toss it in flour, which makes it easy to the egg to cling on, then in a beaten egg used as a glue to keep the breadcrumbs together. After everything’s been coated, prepare a pan filled with hot oil in low heat, you need to keep the heat low as making it high will burn the breading while the filling may not be as well cooked as it should be.  Cooking it at low or medium low heat will ensure that the filling will cook properly as well as slowly brown the breading. These are fried then placed on a strainer or kitchen towel to remove excess oil so that you’ll just be left with a nice clean bite without any oil dripping down your fingers. The optional sauce it just an easy 2-ingredient sauce that is so low effort to make, a combination of ketchup and mayo is so simple but taste so good to dip in with your freshly fried chicken donuts. Sit back at relax, snack on this ala carte, or pack it as a lunch or dinner dish with a steaming cup of rice, or with an ice cold glass of beer.

Satisfy any savory cravings with this crunchy seasoned tender chicken filling with a crisp outer shell, and dipped in a simple but deliciously yummy sauce.

Crunchy on the outside and soft and beautifully tender on the inside. These mini pieces of savory joy mix them up with more spices or add some siracha a garlic in the sauce for a flavor pact combo. This chicken donut recipe is one of the few fried finger food you not want to miss out. Fried chicken may be great but once in a while you’ll want a little twist to make it a bit more interesting, make your lunches or dinner brighter, fun and something to look forward to. Just slice up some pieces and place them in a grinder with some seasonings, mold, freeze, to be tossed in some breading’s, fried and you’re good to go.