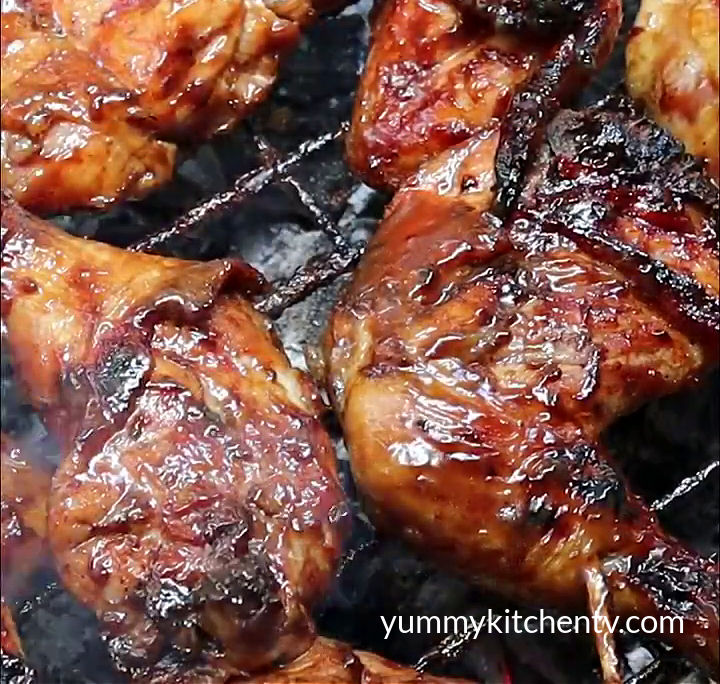 When it comes to grilled foods, we Filipinos just go loco. Our love for the smokey flavor expands not only on our favorite grilled innards like isaw, dugo, tenga but also to our classic pork and chicken barbecue. With the rise of different barbecue types, chicken barbecue is one of the most famous. A lot of restaurants started to include chicken barbecue to their menus.

With the ongoing pandemic, we are craving for a lot of meals from our favorite restaurants. But since it is best to stay safe at home, I have been trying to reinvent restaurant-style meals. It would cost relatively low and nothing beats the happiness of unlocking a restaurant’s “secret recipe”. #TipidTips The Aristocrat is one of my favorite go-to restaurants. Their chicken barbecue is literally what I order every time. I spent some time in the kitchen to try to imitate the richness and the flavor of the Aristocrat chicken barbecue. And now, I will share this aristocrat-style chicken barbecue so that you don’t need to experiment on your own. Give this dish a try!

HOW TO COOK ARISTOCRAT STYLE CHICKEN

Despite its intimidating name, the aristocrat chicken barbecue is actually prepared using simple steps. To prepare the chicken skewers, marinate the chicken pieces in a flavorful liquid made with a mix of sweetness, sourness, spice and umami flavor. Sounds amazing, right? Let it marinate and then transfer them into skewers when they are ready for grilling.

Since we have received a lot of love from our readers and viewers, we are sharing not just one but two of our SECRET recipes which will best partner your aristocrat-style chicken barbecue. The first one is our creamy and velvety peanut butter sauce. After you put the chicken pieces into skewers, reserve the marinade. We will use it in our peanut sauce. Simply heat all the peanut sauce ingredients until it thickens. Aside from being a dipping sauce, this peanut sauce will also be used as a basting sauce to enhance the flavor of the grilled chicken barbecue.

The chicken barbecue can actually be enjoyed as it is but can also be enjoyed with rice. #Asians Here is our second secret recipe which we will share. Upgrade your hot steaming rice to hot steaming java rice! Rice becomes instantly bongga when made into fried rice. Java rice is known to be yellow in color and has this very garlicky flavor.

To make some java rice, sauté some annatto seeds in oil. The seeds will release a wonderful yellow or orange color. Remove the seeds and sauté some garlic until golden brown and then add your leftover rice. Toss the rice until fully-coated with the yellow and garlicky oil. When all grains are yellow, the java rice is done.

Serve the aristocrat-style chicken barbecue, java rice and peanut sauce in one plate and eat like an elite!

For the Peanut Sauce:

For the Chicken Barbecue:

Remarks
Chicken aristocrat or aristocrat chicken is very tasty and delicious. If you are looking to make aristocrat style chicken bbq in your home, then this recipe will guide you step by step and procedure. This is a popular filipino bbq chicken recipes and it normally comes with normally java sauce aristocrat recipe or peanut sauce. Try this recipe and enjoy your day