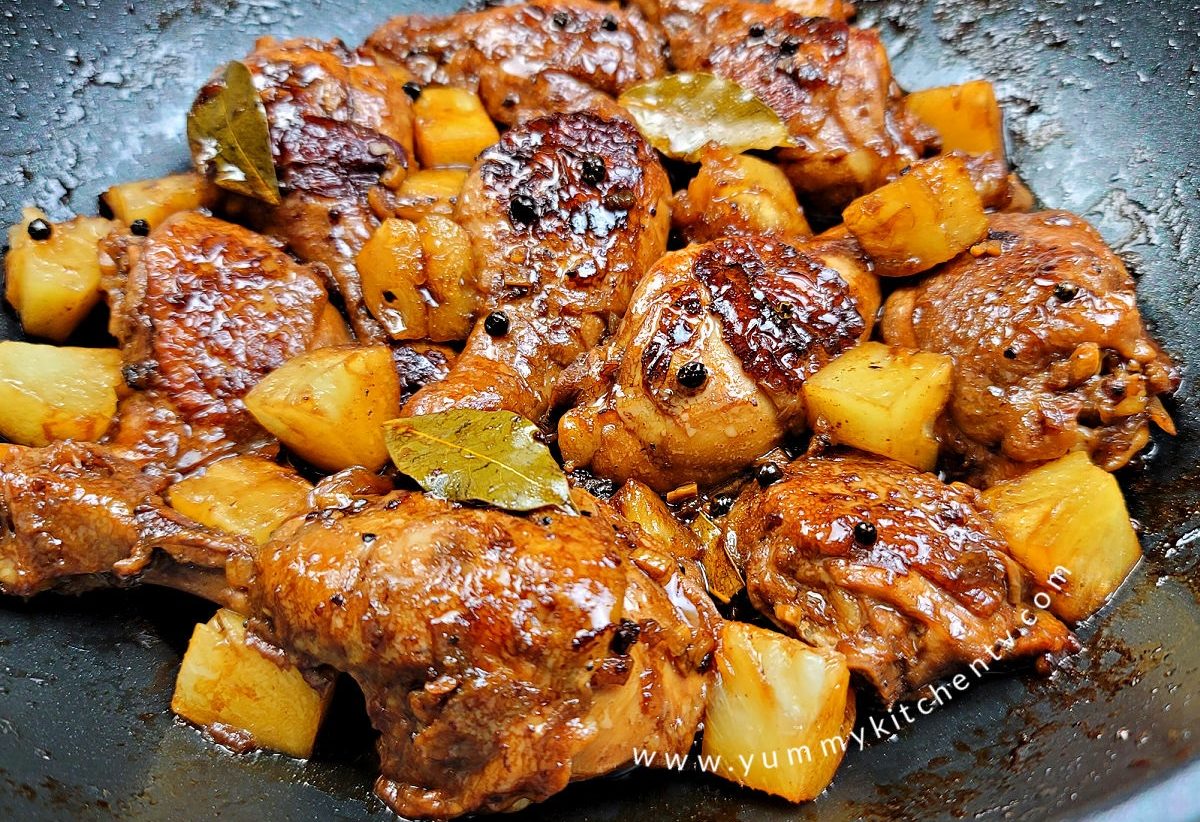 Every Filipino knows what an adobo is. This term actually came from the word “Adobar” which means marinade. Just like what the root name says, adobo is first marinated before cooked. Adobo is a dish made with a meat of your choice and then marinated and then simmered to all your favorite condiments such as soy sauce and vinegar. This dish can be made with pork, beef, chicken and even fish.

We all love our classic adobo. Aside from its ease of preparation, what I love most about adobo is that it is made with the simplest condiments you can regularly found in your pantry. Actually, you can make a simple adobo with just meat, vinegar and soy sauce! Among all the soy sauce based dishes, adobo is really one of the top tier ones.

As I started living alone for a while, I became a one-man team on all the house chores and all the errands I need to accomplish. For the past few days, I really got busy and was not able to prepare food for myself so I just ordered some fastfood. (I really felt super unhealthy!!). After accomplishing my checklist, I immediately reflected on all the fastfoods I have eaten from the past few days and prepare to go back to my usuall life.

I usually prepare some adobo during busy days when I only got a limited time for cooking. One best thing about adobo is that you don’t need to always to watch it cook. You can leave it while it simmer and then do other chores while waiting for it. As I prepare my meal plan for the week, I included adobo as the very first dish I’m going to cook. Since this is for myself, I added some pineapple chunks for a sweeter note.

HOW TO COOK CHICKEN ADOBO WITH PINEAPPLE

Making a chicken adobo dish is super easy once you have all the ingredients needed.

To start, marinate the chicken first will all the ingredients and seasonings. The marinade will also serve as the sauce base. In this recipe, I used canned pineapple chunks since it is much more readily available to use than preparing from fresh ones. This is best when marinated overnight but the chicken can be available after an hour if you’re in a rush.

To cook the chicken, sear the chicken first. Searing adds flavor to the dish and it helps seal the juices inside the chicken, to make sure they won’t end up dry. When the surface is already brown, add the marinade and then simmer.

Then, add the marinade. NOTE: Do not stir once you added the marinade. The marinade contains vinegar, which may have a bad aftertaste when not cooked properly. Allow the strong flavor of the vinegar to evaporate first before stirring.

The last step is adding the pineapple chunks. You can crush some of it to help the sauce become thicker and also to add pineapple flavor. This is best when served with hot steaming rice. Yum!