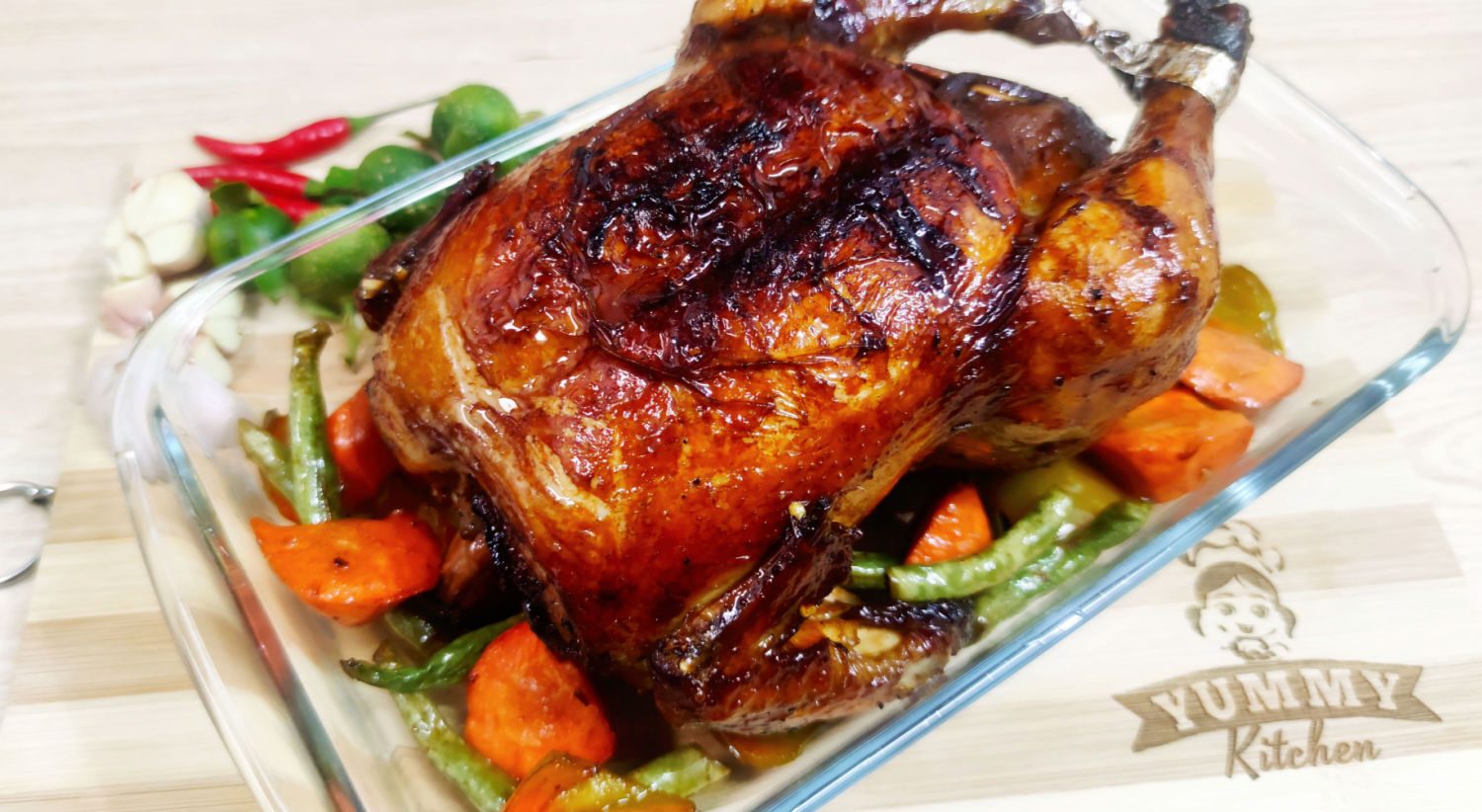 If you wanna impress your family with some fancy cooking, this recipe is definitely the one for you! This healthy and easy stuffed chicken recipe is a must-try for all chicken lovers. A savoury chicken with a crispy outside and a soft and juice inside, what are you waiting for? Try it!

People nowadays are getting more and more health conscious and a lot of cooking equipments are competing on which can produce the healthiest recipes. In this recipe, you will only need one equipment—the turbo broiler. As we shift to less deep fried foods, turbo broiler is a great kitchen investment for you and your family.

Cooking chicken in a turbo broiler will take you a while, but as the saying goes “It pays to wait.” This recipe may take you more than an hour of cooking before you can dig in this mouth-watering chicken dish. You actually do not need to put a lot of effort in making this recipe. Just trust the turbo broiler and let it do its magic—a restaurant-style roasted chicken!

Using the turbo broiler is like using your regular over. Pre-heat the turbo boiler before placing the chicken inside. Brush the chicken with the basting sauce and allow it to cook. The next few steps will involve a series of basting and flipping the chicken. Turbo broiling cooks the chicken slowly. Imagine how tasty the resulting chicken will be! You can leave the chicken while it’s cooking and do other things while you wait or you can watch as the glorious chicken skin slowly browns and pops. And when you hear the last “ding”, then it’s done! Always check the temperature of the chicken to make sure that it is cooked thoroughly. Use a kitchen thermometer and poke a lean part of the chicken without touching the bones. If the temperature ranges from 75-80C or 165-175F, then it is fully cooked. You might think that the chicken is ready but wait! Let the chicken rest for at least 10 minutes before actually slicing it. Doing this will give you the best-tasting juicy chicken. Serve this with a bowl of hot rice and enjoy!